Colorado peak questions, condition requests and other info.
Forum rules
Please do not use this forum to advertise, sell photos or other products or promote a commercial website. For more details, please see the Terms of Use you agreed to when joining the forum.
Post Reply
121 posts

brech wrote:Not sure why people think they have more god given right to enjoy the planet than the dogs anyway.

Prove beyond any doubt that dogs are not driven by primal instincts and have the ability to reason, and I will agree with you. Otherwise, I really don't care how much you love and adore your precious Fido or how loudly you will cry when it is over. If it (and I do mean IT) threatens my child, all bets are off.
שְׁמַע יִשְׂרָאֵל יְהוָה אֱלֹהֵינוּ יְהוָה אֶחָֽד׃‎
Top

Figured that would get some conversation.
I totally agree with 2 things.
!.) I try to avoid very crowded places with my dog, and I do believe in not letting him run around as described.
2.) I am a bit more nervous about the folks that believe they need to take a 9mm on a hike for protection than any dog I have met.

Have a great hike
Top

brech wrote:2.) I am a bit more nervous about the folks that believe they need to take a 9mm on a hike for protection than any dog I have met.

Ah, there it is. The subjective opinion you have regarding an activity that people are within their legal rights to do. Unlike the negative opinion I have towards the breaking of forest service regulations.
Top


As for myself, I have had many bad experiences with dogs, and many good ones as well........

Thanks for providing specific examples of your bad experiences with dogs on trails, Scott.
After seeing your examples, I think it's definitely reasonable to use lethal force against a dog that has attacked or is attacking a person. If I saw my dog attacking a person, I would be far more concerned with the person's well being than the dog's.
The problem with some of the statements on the legal justification for using lethal force is that they have largely been based on someone's subjective reasoning of what a "threatening" dog is. Without specific examples of what that means, it's easy for people like me, a dog owner, to get nervous because a threat to some may be of no concern to someone else.
I'm thankful that most people I meet on the trail do not have keyboards and monitors strapped to the front of their packs. Otherwise I may actually be worried about the crap being talked by such tough guys.

FWIW, most of the real tough guys I know would not take the subject of using lethal force lightly and certainly wouldn't be blabbing about it.

One positive thing to note, this thread has helped me see the perspectives of people who may inherently fear or loathe dogs. I will be keeping my dog on a leash when it is required and whenever I see people...for HIS safety.
"So I say, do not discriminate what constitutes a mountain. Be happy you are in a continual pursuit of something that gives you energy in life.” —Stefan Feller
Top

Lure
Actually it comes down to me having to trust your situational awareness and evaluation of something that requires the use of deadly force on the trail. It's not the law or the gun it's the person carrying it and threatening to use it on a dog on the trail.
Have a great hike
Top

brech wrote:it's the person carrying it and threatening to use it on a dog on the trail.

I don't think that deadly force, in the legal sense, applies to your unleashed dog on the trail: Deadly force is an amount of force that is likely to cause either serious bodily injury or death to another person.

Quit conflating dogs and people with deadly force. Leash your dog, and you have no worries.
Call on God, but row away from the rocks.
Hunter S Thompson

Walk away from the droning and leave the hive behind.
Dick Derkase
Top

Yet another dog thread has reached the time for Maya to comment.

Hey Jeremiah Johnson (love that movie)
He is most of the time except when we are not around others or if it is not safe to have him on leash due to terrain etc.
People getting riled up and talking about shooting dogs just brings up images of accidents waiting to happen.
Flame away but seems like shooting dogs is a bit extreme and likely to cause more dangerous situations than the dogs.
You won't see us on Quandary anyway too many people.
Maya is a great looking dog

I still don't get it... nobody is riled up and anxious to shoot dogs. The scenario came up; there are people here who carry pepper spray in the woods, if a dog tried to attack them they'd use that. Is that an accident waiting to happen too? Do they automatically need to have their situational awareness and judgement questioned? Is a dog owner gonna pepper spray them cause they pepper sprayed their dogs?

This is all ridiculous. There are people, also, that will defend themselves with a firearm instead of pepper spray in this situation. They have that right. They could use a sword for crying out loud. The means here are irrelevant. People will defend themselves, their peers, and their children to whatever capacity that they have available to them when facing a dog baring it's teeth and coming at them. More reasons to ensure that a dog is well behaved and under control, nobody on either side wants any of this to happen. I'm surprised that people who take their dogs out don't express similar concern at ensuring their pets are under control for fear of any of the ramification and unfortunate outcomes. Not because they need to fear gun owners, pepper spray carries, or knights with swords, but because it's a very unfortunate situation for all involved.

I'm hoping to always meet and pet peoples dogs on the trail. Again, why nobody wants this to happen.

90% of off leash dogs I've met on trails are more well behaved than 75% of Colorado drivers.

Timothy wrote:
you mean, like, equating the life of a dog with that of a human, that kind of superior attitude? 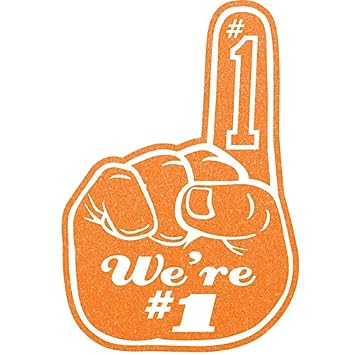 I figured this would get some conversation going.
As someone who spends a lot of time with my dog in the mountains I do keep him in control and respectful of everyone. He is off lease at appropriate times, he will be sitting next to the trail waiting for others to pass, I often get thanked for this. When other dogs are loose I try to politely ask folks to not let their dogs come jump in his face and everyone I've met so far has been great about this.
I also don't appreciate when others have several dogs way ahead coming up to my dog and not always sure how they will react to each other.
But the other side to this I was trying to get some thought going on was people who are carrying and stating they will shoot a dog that is a threat.
But what is a threat, a dog off lease jumping for food or a dog viciously attacking someone this is somewhat subjective don't ya think. I've heard of some incidents like this but never seen any so I think they are rare.
By all means you should protect yourselves and children and your own animals. My point is whether you have a dog or a gun you have a greater responsibility for the possession and use of either. Respect each other and the animals both domestic and wild and have a great time in the mountains.
If someone makes the comment they will shoot an aggressive dog and they carry a gun I have to take that serious not knowing how responsible they actually are or if they may be a bit trigger happy. Bigger picture is shooting at the dog may hit a child there too.
Thanks for the thoughtful conversation let's file this and go have a day in the hills.
Top

I am always armed.
Even sitting here at the computer.
There are bad people in this world.
A 19 year old friend of mine was raped, murdered
and thrown into a dumpster.
Her name was Lea.
That might just change someones attitude.
Women , I encourage you all to carry.

I also love dogs.
Besides my sidearm
I also carry dog biscuits on the mountain
and always ask the owner if I can give their dog a treat.
I love dogs.
Top
Post Reply
121 posts

Return to “Colorado 14ers, 13ers and other peaks”