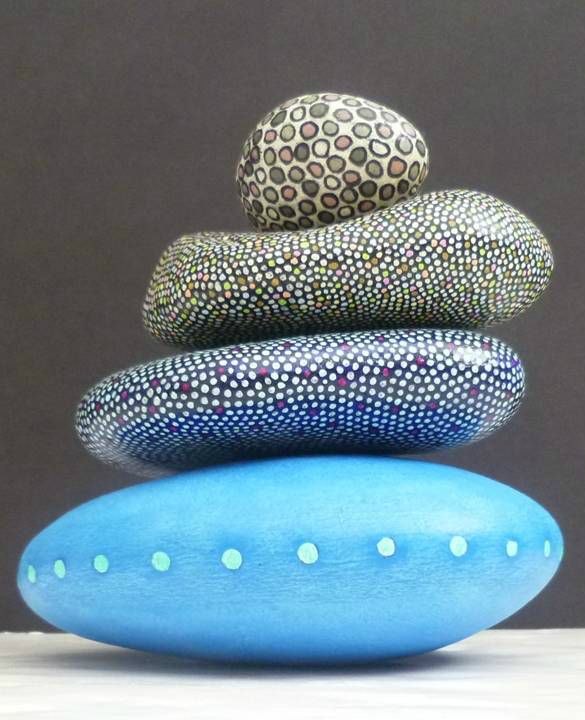 "A few hours' mountain climbing make of a rogue and a saint two fairly equal creatures.
Tiredness is the shortest path to equality and fraternity - and sleep finally adds to them liberty."
Top

On a forest trail a wood branch indicates a forbidden fork.
Something line-like would be similar.
Top

Above_Treeline wrote:I was thinking about it, and I had an idea. Cairns seem to be accepted more than signs, why not have a "No" cairn? A specific shape that means "don't go there."

Cairns seem to be more acceptable to people. I don't particularly mind a few signs myself, but I do worry about, if you put one up here, will it lead to more? Which I wouldn't like, if there were too many.

Maybe put up 3 cairns really close together or something?

I like the idea. But, instead of putting it in a negative way - 'don't go there'. Put it in a positive light, like yellow bricks on the trail - "Follow the yellow brick road".
Top

Not sure if they're laughing at me or with me, but some funny stuff!


FrancesGray wrote:
I like the idea. But, instead of putting it in a negative way - 'don't go there'. Put it in a positive light, like yellow bricks on the trail - "Follow the yellow brick road".

I didn't like the negative of a no cairn, better to say what TO do, than not to do. I like the direction you are going (pun intended lol.) Seriously, I like it, though.

On a forest trail a wood branch indicates a forbidden fork.
Something line-like would be similar.

Good idea, I'm not as familiar with this, but something like that.

Also a stick across a trail above treeline would be pretty obvious, I think.

"Cairns cairns
Every where there's cairns
Breaking up the scenery
Raking my hair
Do this, don't do that
Can't you read the cairns?"
Top

https://en.wikipedia.org/wiki/Internet_troll
A man has got to know his limitations.-Dr. Jonathan Hemlock or Harry Callahan or something F' it: http://youtu.be/lpzqQst-Sg8

'Life is too short to ski groomers'

"That man's only desire was to stand, once only, on the summit of that glorious wedge of rock...I think anyone who loves the mountains as much as that can claim to be a mountaineer, too."-Hermann Buhl, Nanga Parbat Pilgrimage
Top

The idea of a no cairn seems like a mistake. Most likely to mislead someone into trouble than guide them away. Unless you painted all the rocks red for the bad cairns and green for the good. Now that is a good idea!
Last edited by Wentzl on Sun May 27, 2018 3:30 pm, edited 2 times in total.
Shorter of Breath and One Day Closer . . .

not necessarily stoned, but . . .
Top

Wentzl wrote:The single dumbest idea I have ever read. And I have read these for a long time.

A no Cairn. Lets say it together. A No Cairn. These piles of rocks, built since the stone age, as an indication of the right way for passage, suddenly marking danger. Brilliant!!


and in a panic. storm closing in. Looking for a safe descent. running from danger and seeking shelter. Off the summit I find myself. Any sign of hope, as I know I am doomed. and through the gloom and sleet and near zero visibility, a sign of hope. a cairn! Hurrah. Safety. A sure way home. Not some bulls**t four stone pile of s**t left by some dumbass feeling a need to leave his mark on the mountain, but an absolute guarantee, a real official looking pile of rocks. This is the real s**t. Look how well made it is. It is a cairn that says if you don't go this way you are a total jackass. Of course. How could I have been so stupid as to not have come up this way!! Down we go. Wheeeee!!!

Just trying to come up with a dumber idea.

Here is a start.

How about Leaving poison water bottles in Puerto rico along side streams just to let people know that drinking untreated water might make them sick.

Here's a dumb idea: go off on the guy who is trying to come up with a compromise, so we don't end up with signs.

We don't need more cairns or signs. What lies between the ears: that's the ticket.

As has always been the case, some have more, some have less.
● Experience comes from f*cking up and somehow managing not to die.

● Not everyone gleans the lessons of experience.
Top

Here's a good one from Seoul...on the trail up Baegundae Peak