Information on 14ers.com Mobile apps.
Forum rules
Please do not use this forum to advertise, sell photos or other products or promote a commercial website. For more details, please see the Terms of Use you agreed to when joining the forum.
Post Reply
81 posts

In the Google Play Store:

1) Use this link or Search for "14ers.com" in the store. Look for the "14ers.com" app from Developer 14ERS.COM, not the old one from Wyeknot Software which is likely near or at the top of the search results
2) If you previously used the old app, you can now uninstall it from your device

First, I want to thank Nathan Hale for creating the original Android app in 2011 and maintaining it for so many years. His work provided a way to bring full, up-to-date route descriptions into the backcountry, without wasting ink and paper. He also wrote the original (Apple) iOS version that I took over years back. Thanks Nathan!

Over the past two years, I've added a bunch of new functionality to the iOS app so the Android app has fallen a bit behind. I figured it was time to let Nathan off the hook. So, after a knee-surgery in December, I decided to write the Android app from scratch using my current Apple (iOS) version as a blueprint. Once I had it mirroring the iOS version and ready for release, COVID-19 came along. With more time at home, I decided to keep working and extend it to include actual map tracking functionality: Tracks and waypoints, with GPX/KML exporting capability. It's done and I'll be adding it to the Google Play Store in two weeks.


Since it will now be maintained and released from 14ers.com, this will be a new app in the Google Play Store. Nathan plans to release an upgrade to his app which will display a notification stating it will be phased out and users should download the new app, listed under 14ers.com.

Here are the highlights of this new "version": 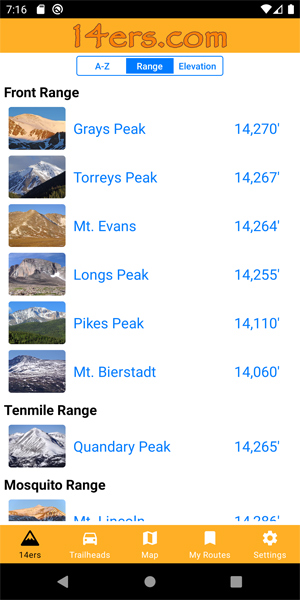 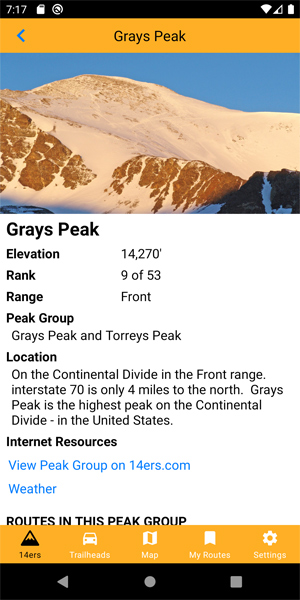 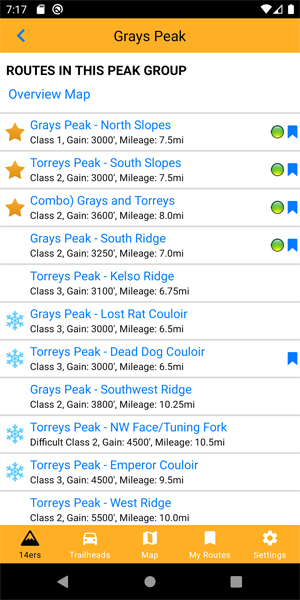 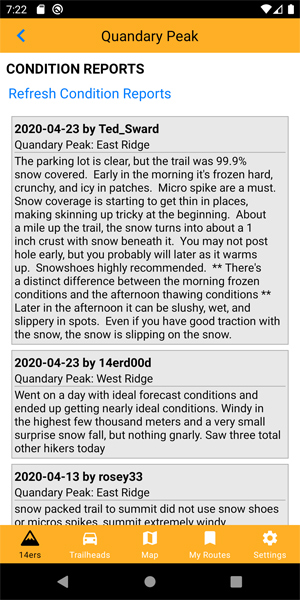 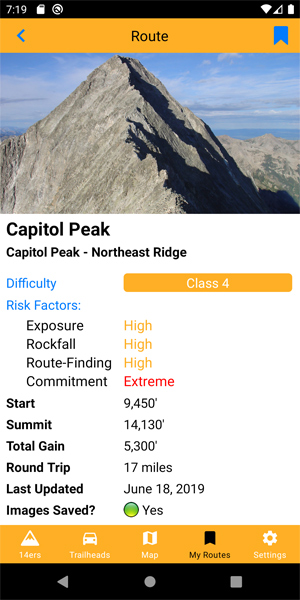 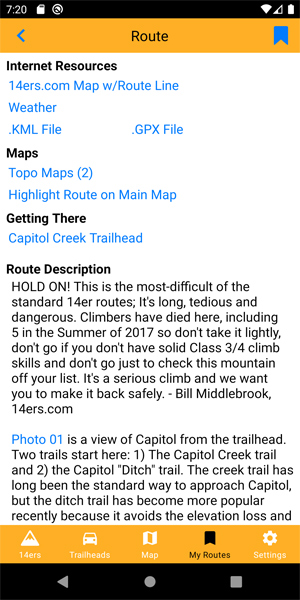 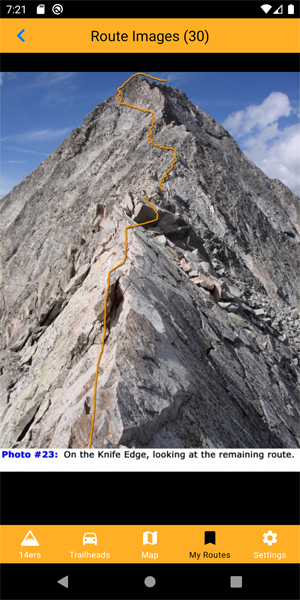 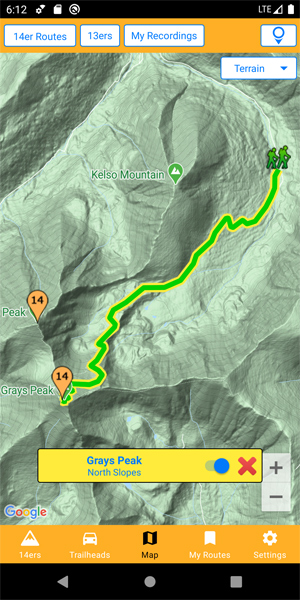 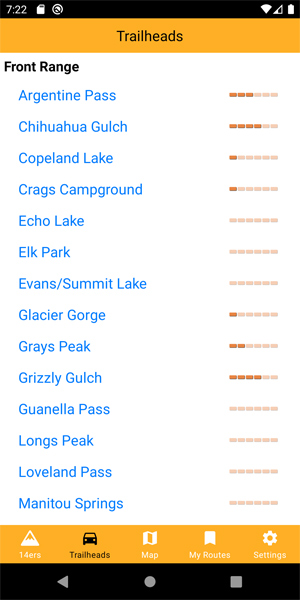 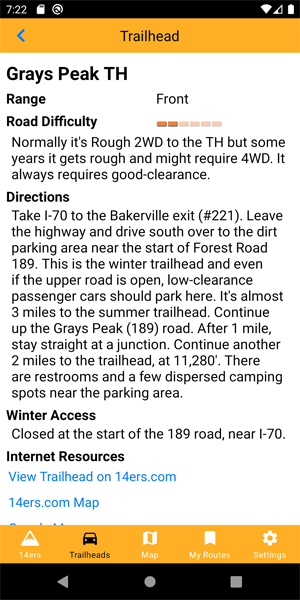 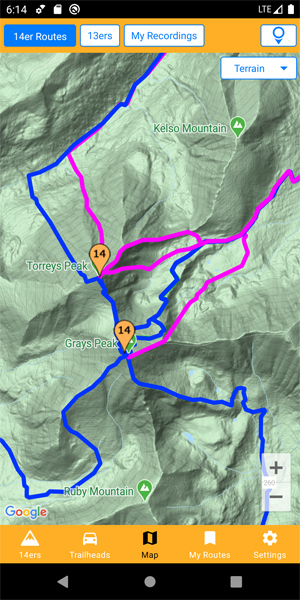 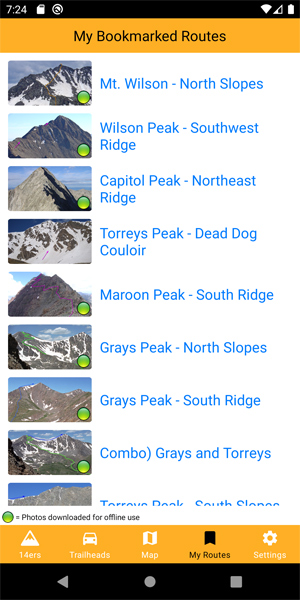 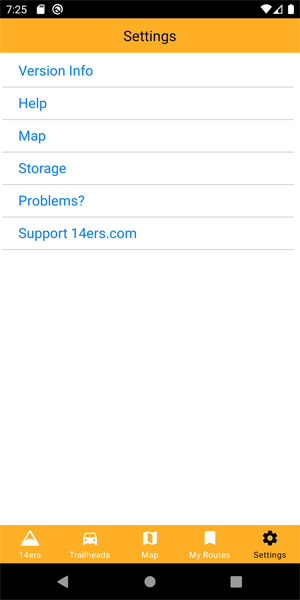 “Some things never change, no, don't ever change
And I'm feeling the cold
Thinking that we're getting older and wiser
When we're just getting old”
- David Gilmour
Top

Now I have to add tracking to the iOS version. work work work

“Some things never change, no, don't ever change
And I'm feeling the cold
Thinking that we're getting older and wiser
When we're just getting old”
- David Gilmour
Top

Is this on the play store right now? I only see the current one
Top

I'm adding it in 2 weeks. Sorry, that was buried in the post.
“Some things never change, no, don't ever change
And I'm feeling the cold
Thinking that we're getting older and wiser
When we're just getting old”
- David Gilmour
Top

I'm adding it in 2 weeks. Sorry, that was buried in the post.

Sounds awesome! Thanks Bill! Really looking forward to this. Your hard work on this site is very much appreciated!!
Some day our kids will study Clash lyrics in school.
Top

Looks cool, thanks Bill
After climbing a great hill, one only finds that there are many more hills to climb. -Nelson Mandela
Whenever I climb I am followed by a dog called Ego. -Nietzsche
Top

Great looking update! Having all the 13ers on a map will be super useful for that sub-section of the community!
Top