Have an interesting or epic climbing story? Post it here.
Forum rules
Please do not use this forum to advertise, sell photos or other products or promote a commercial website. For more details, please see the Terms of Use you agreed to when joining the forum.
Post Reply
58 posts

Duffus Kentucky Climber wrote:Forget Alaska or Colorado. I bet Bear wouldn't last anytime in Kentucky. He would either smoke himself to death, be found dead from a heart attack behind a McDonald's, burned up in a mobile home (meth lab) or step on a landmine near somebody's marijuana patch! This is the "wilderness" boys!

Sounds like Kentucky wilderness is pretty similar to Missouri wilderness.

I did notice however that IT NEVER SHOWED BEAR BEING ROPED UP, LIFEJACKETED, JUMPING CANYONS NEXT TO PARKING LOTS, BEING TUCKED IN FOR THE NIGHT AT A 4 STAR HOTEL, ETC. ETC. ETC. SO I GUESS ALL THE HATERS ARE FULL OF CRAP!!!!

Did it show this one by chance? :D

http://www.youtube.com/watch?v=3UpSlpvb1is
I'm slow and fat. Unfortunately, those are my good qualities.
Top

Looks like Bear got the axe today http://www.nydailynews.com/entertainmen ... -1.1038309" onclick="window.open(this.href);return false;
I would rather sit on a pumpkin and have it all to myself than be crowded on a velvet cushion. H D Thoreau
Top

by-tor wrote:Honestly Folks? Should there even be a question/discussion on the legitimacy of these two ridiculous shows? (man vs wild and survivorman...haven't heard of the third just recently mentioned) Especially amongst people who avidly enjoy nature! This is ENTERTAINMENT and should be viewed as just that. Of course it is fake and staged!...regardless if some of the techniques that are demonstrated would be considered "survival" techniques. Both of them are, just as some of you have expressed. The sad fact is that most of the flatlander couch potatoes actually DO believe it is real!

We have to remember that most people subjected to these programs don't have the experience of nature and the wild to put these ACTORS actions into perspective. Both of these men portray nature and wilderness as an adversary of man or something that is daunting that needs to be overcome. These shows only perpetuate this mentality and try to enforce the concept that nature should be conquered. When the people who do believe in the legitimacy of these shows begin to explore nature they will take those concepts with them and, in turn, probably act with less respect and reverence as one should when in nature.

I'm sure we've all noticed an increase of visitors to fourteeners over the last decade and with that an increase in what some would call "unethical" behavior (ie poop on trail with tp [blooming paper flowers], vandalism on elbert [and Iâ€™m sure others], general unawareness of alpine conditions resulting in poor and often impactful decisions). I don't want to make the direct statement and say that these shows directly create a negative impact on nature but I will make the claim that these shows, as well as the entire slew of shows in the same genre, are giving the general public (specifically those who are not familiar with nature) a completely false impression of what OUR relationship SHOULD actually be with nature and with these mountains.

I understand the entertainment factor that is Bear Gryliss, however, Les Stroud is the real deal. He's stopped doing it because it is physically/mentally too hard on him. Perhaps YOU should do a show and teach us how easy it is surviving in adverse situtations. I actually found Survivorman to be very inciteful, in fact, I've incorporated a quite a few techniques learned from the show that I have never heard of or read before. And I'm not a flatlander and have lived out of a backpack at least 25 days a year for the 2 or 3 decades.
Top

Sorry to hear. It was a fun show to watch, if only for the vicarious thrills.
It looks like the ridge is just right up there!
Top

Did I miss a mention of Dual survivors with Dave Canterbury and Cody Lundin? Come on Netflix post another season!!!

BlueKhan wrote: I actually found Survivorman to be very inciteful

Me too! Whenever I was channel surfing and happened to see it, I couldn't help but yell at my TV, "you're a freakin' idiot".
Snowflakes, Uber Alles!

greenhorn1 wrote:Did I miss a mention of Dual survivors with Dave Canterbury and Cody Lundin? Come on Netflix post another season!!!

My boys, Cody and Dave, actually came to Kentucky and survived a trip down a wild river. Granted, they could have walked to the nearest beer store and bought some fishing worms in less than an hour, but give them credit for not getting poison ivy, or bee stung, or sprayed by a skunk before they got home. My biggest fear has always been that kid sitting on the front porch playing the banjo.

Oh, wait a minute, it's Bela Fleck!
It looks like the ridge is just right up there!
Top

I like man vs wild, is it all real? no, never was gullible enough to think it was, but its fun to watch. Personally, I think Bear is still a tough SOB and I think he could survive very well if he had to. AS far as kentucky, I wouldnt take a cannoe trip down there for nothing, Im from the new england and Ive seen deliverance, I draw the line at pennsylvania as far as going south.

Not sure how real man vs. wild was, but there are a lot of folks out there doing that stuff for real. Took a couple really fun courses in California on strategies for survival from folks who have done it over a year. I'd highly recommend it for anyone interested. Amazing how much you can MacGyver it up in the woods. Just learning that the priority order should be shelter, water, fire, food was news to me.
Top

Perhaps this is old news, but I recently visited Ticaboo Creek and have visited Milk Creek many times.

Of interest, the mess left behind by Les Stroud (Survivorman) is still there and I was reminded of this old thread on 14ers.com. I had forgotten about the thread (which seems to have several posts missing) until visiting the area and seeing the mess that was still there. 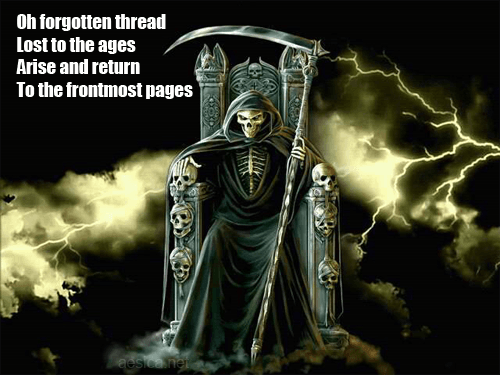 Anyway, Les Stroud is even more of a fake than Bear Grylls. I won't go into all the reasons because it has already been written out in detail by others:

I guess the thing that makes Survivorman more fake was the fact that Bear Grylls and the Discovery Channel came out and admitted that Man vs. Wild was fake. Survivorman/Les Stroud never came out and said that and still insist that everything in his shows was real and that everyone else is fake. He's another Dr. Jon Kedrowski of sorts. On the plus side, he actually did spend the night outdoors and has some OK survival advice (unlike Man vs. Wild).

Anyway, perhaps this is all old news and a long dead thread and topic that I was only reminded of since I visited the area again recently.
I'm slow and fat. Unfortunately, those are my good qualities.
Top
Post Reply
58 posts